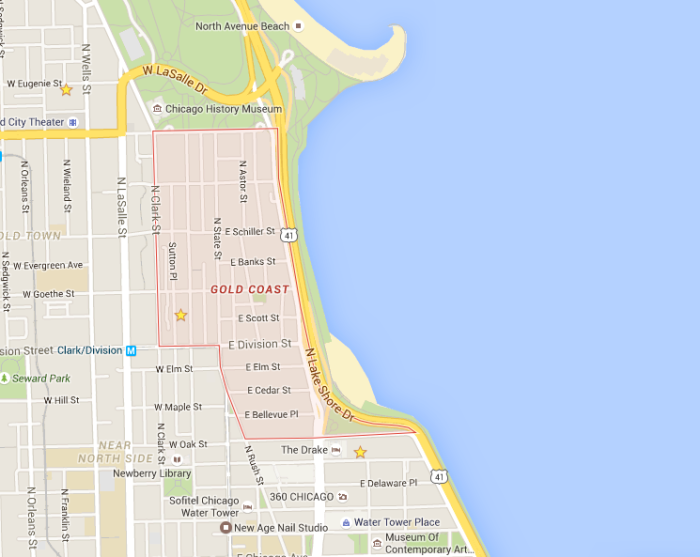 The Gold Coast is Chicago’s most prestigious neighborhood, rich in historical significance and artful scenery. This area initially expanded in the 1880s with Georgian and Romanesque residences built for wealthy Chicagoans, lending a present-day look into the past. In 1882, millionaire Potter Palmer moved to the area and he filled in a swampy area which later became Lake Shore Drive. Other wealthy Chicagoans followed Potter into the neighborhood, which became one of the richest in Chicago. Its prime position on the Magnificent Mile and Lake Michigan encompasses the city’s finest shopping, dining, and lakefront recreational activities, while its community includes private houses and architecturally renowned high-rises that are home to some of Chicago’s most affluent residents. North and East Lake Shore Drive affords the viewer some of the most magnificent views of the city’s beautiful shoreline. The Magnificent Mile is the Gold Coast’s shopping mainstay offering upscale retail, while independent boutiques are conveniently found on Oak Street.  Also within walking distance are numerous world-class restaurants, museums and cultural institutions.